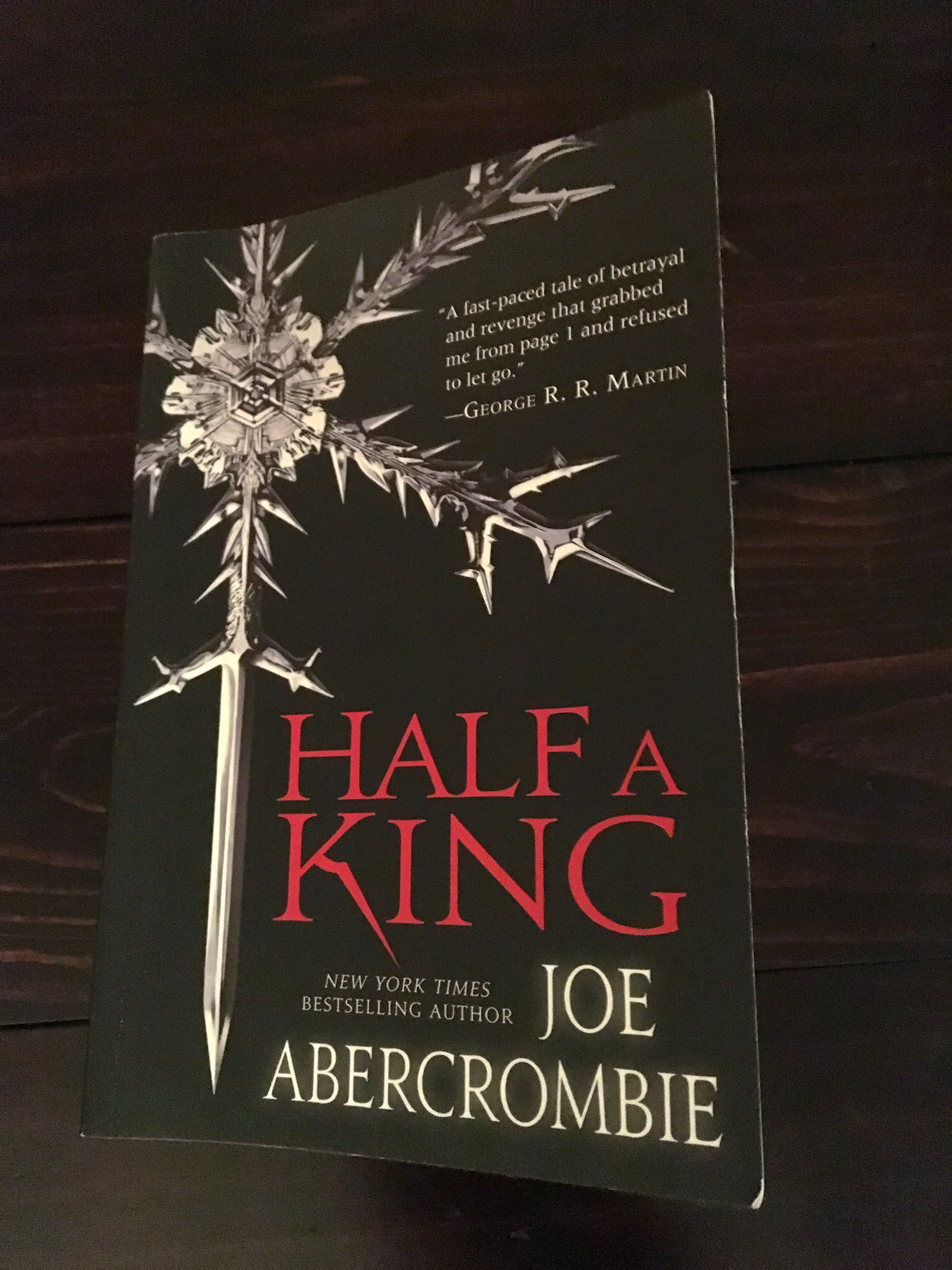 Why on Earth did it take me so long to crack open a Joe Abercrombie novel?

I burned through Half a King in two days, reeling and obsessed.

A “fast-paced tale of betrayal and revenge,” as George R.R. Martin puts it on the cover, this fantasy novel is swift, dark, subtle, cunning, and brutal.

Half a King tells the story of Yarvi, second son of the king of Gettland, who was born with a crippled left hand. With half a hand and the scorn of his family, he feels like half a man, and is stunned when the murder of his father and older brother shift him unexpectedly onto the throne.

If half a man can’t even stand up to his peers or hold his own in a fight, how can he expect to rule a kingdom?

Yarvi resents the position his kin’s untimely death has put him in. No one around him seems to think him remotely capable of doing the job, least of all himself. But that’s just the start of his journey. When a quest for vengeance takes an unexpected turn, Yarvi must first prove himself worthy before he can claim his birthright.

I highly recommend this one if you like medieval fantasy, or stories of vikings, or reading about ruthless cultures steeped in war. Read this one if you’re a student of human nature, because the characterization is spectacular.

I don’t know why it took me so long to read a Joe Abercrombie novel, but I’ll definitely be returning to his world soon.

Like my reading recommendations? Buy Half a King on Amazon and support this blog and Joe’s books at the same time (through Amazon’s affiliate program).