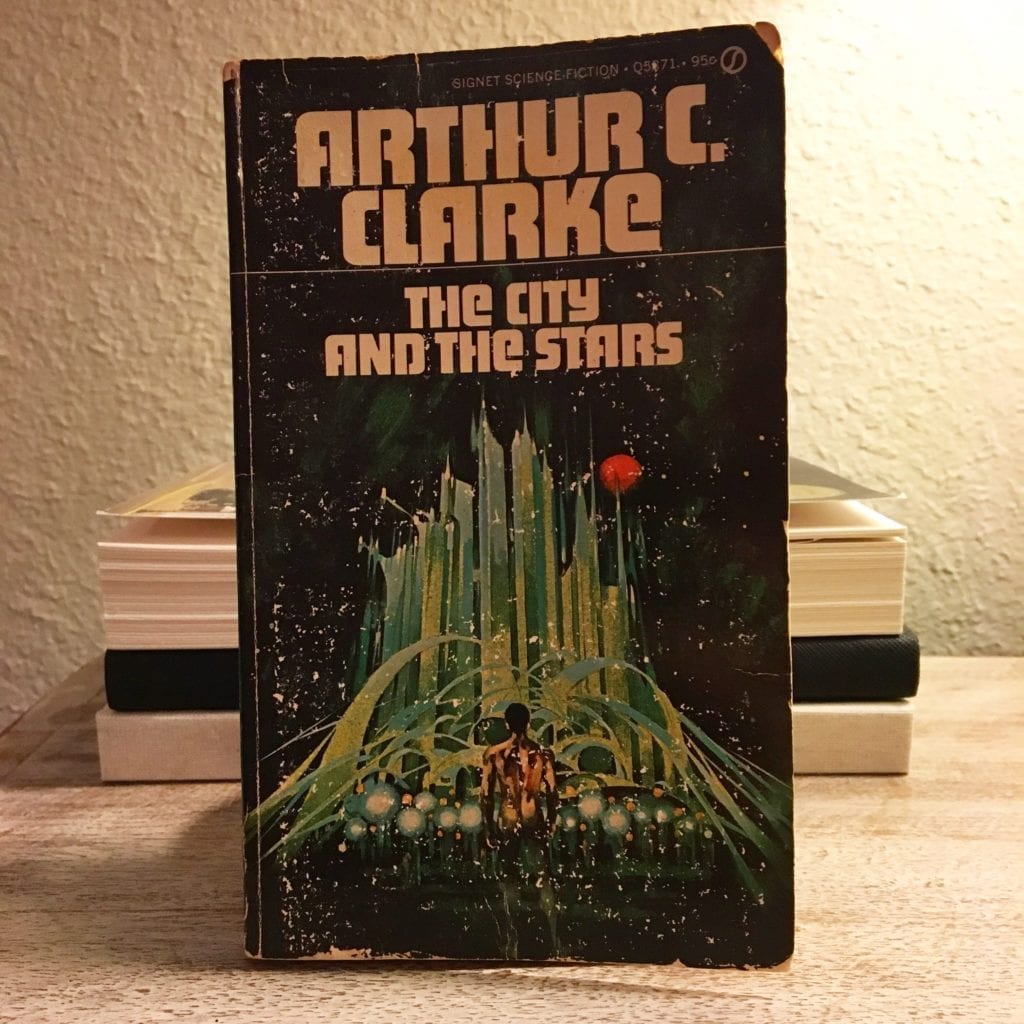 The City and The Stars by Arthur C. Clarke. Science fiction, 1956.

I’m still on a kick to catch up on the mid-century masters of science fiction—stuff that, by choice or by chance, I’ve never been exposed to. When I saw this one in Half Price Books with the awesome cover I had to have it.

It took me a while to read this book, and even longer to write about it. It’s good. I just needed time to let it all sink in.

Here’s the thing. It starts slow. A billion years has passed and Clarke is painstakingly laying out for you reader how society has changed in all that time—a time your brain can hardly quantify.

It takes some getting used to. But there’s a pace shift about a quarter of the way through that will absolutely blow your mind.

Once exposed, the sheer scale of the concept that powers this book is impressive. This is a high concept novel. Relatively short in length, but on a massive scale.

What’s most astonishing is how well the story has aged. Technology has advanced considerably since Clarke wrote this and his vision of the far-future society remains perfectly plausible if we look at it from today—again, that scale.

It almost feels like the story is more relevant today than it was when he wrote it. Some of the language is very mid-century, but if you can get past that, I think you might like this science fiction epic, The City and The Stars.