In the early days of consoles, I was an avid gamer (my first systems were a Gameboy and then a Super Nintendo). And some of my favorite video game characters were kick-ass women.

All of them had guns.

Here are their stories. 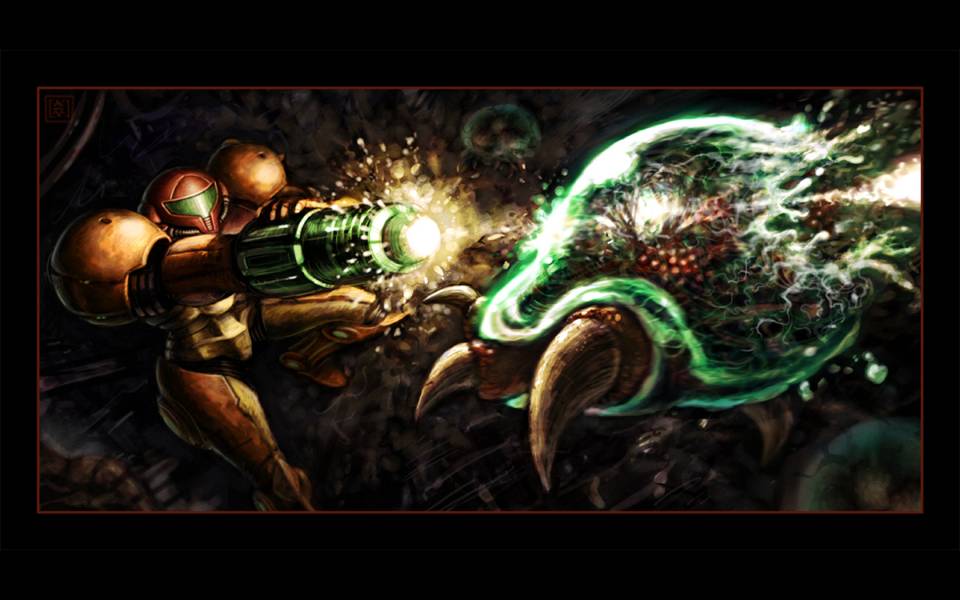 Samus Aran came on the scene in 1986 with Metroid for the Gameboy. That was followed by Metroid II: Return of Samus for the same system. But it all really coalesced with Super Metroid on the Super Nintendo, a more robust and fuller game than the first two.

Super Metroid was where I first met Samus. She had just left the Ceres research station when she received a distress call. She returned to find the baby Metroid—who thought she was its mother—being kidnapped by the Space Pirates. There was a gun fight, and then the research station blew up, Samus narrowly escaping in her speedy ship.

She crash landed on the planet Zebes, or maybe just stopped to rest there for a while. On Zebes, suddenly alone in the eery quiet and rain, she explored the cave systems and what terrors lurked there, returning to her ship to heal. Eventually, the Mother Brain and all that sinister operation emerged. Samus destroyed the Mother Brain with the baby Metroid’s help. And then the plan exploded behind her.

IGN called it “one of the greatest games of all time.”

There has been talk of someone making a Metroid movie as well. The rights expired once, according to Wikipedia, before it was acquired by John Woo. And there’s also this rumor of a small indie film being made, but nothing yet. 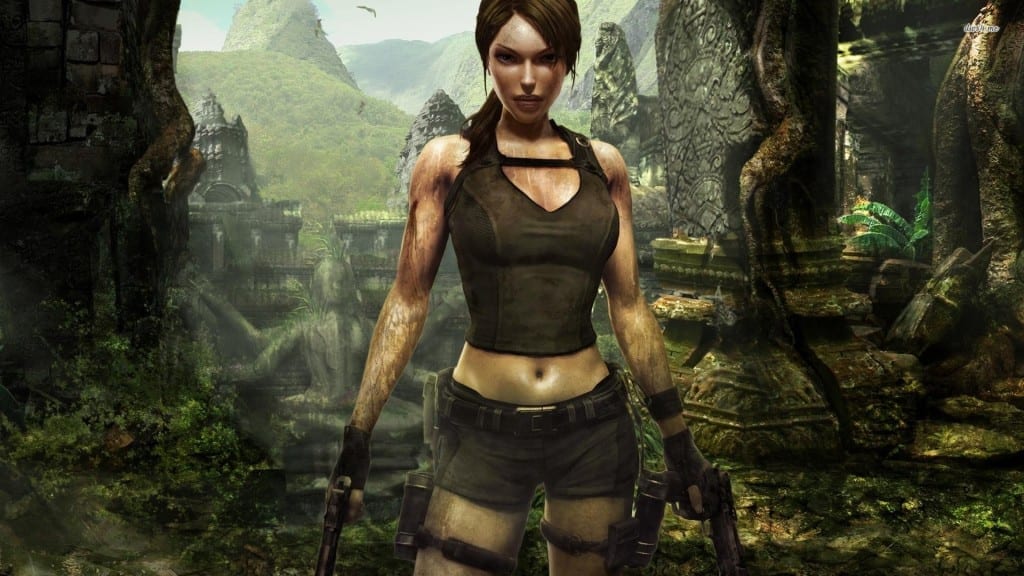 Lara Croft is an archaeologist/adventurer in the spirit of Indiana Jones. She ventures into ancient ruins but with much more firepower.

Extremely popular because the Tomb Raider games are above all, fun to play, the storyline really caught fire when Angelina Jolie depicted Lara Croft in the first move adaptation in 2001, Lara Croft: Tomb Raider. This was a big moment for video games, as Lara Craft was among the first video games to get adopted by the Hollywood film industry.

I still prefer the games, though. 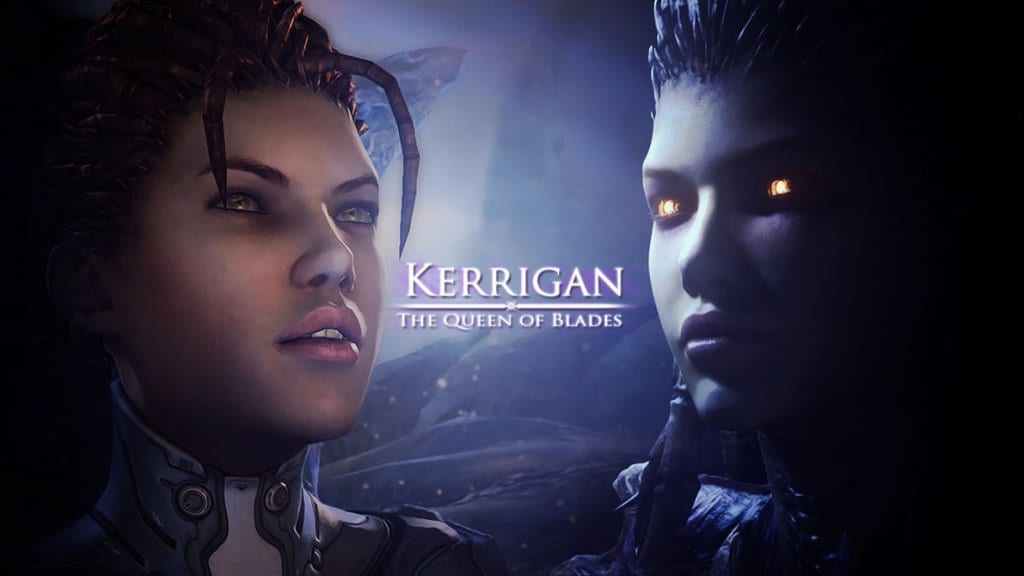 Sarah Kerrigan kicks ass for many reasons. The best reason? She’s the only evil character on this list.

Kerrigan was kidnapped by the Zerg early in the first game and transformed into the evil Queen of Blades, leader of the Swarm.

Sarah Kerrigan has a long career with a lot of depth. She’s been written into novels, which is just one example of how writers can learn from video games.

Kerrigan originally appears in StarCraft as a twenty-six-year-old female Terran psychic, trained both physically and mentally as an expert espionage agent and assassin. Initially the second-in-command of Sons of Korhal, a revolutionary movement against an oppressive Confederacy of Man, she is captured by the insectoid Zerg and infested, turning her into a human/Zerg hybrid completely under the control of the Zerg Overmind. She becomes one of the Zerg’s most powerful agents, but during the Brood Wars she replaces the Overmind, following the Overmind’s destruction at the end of the great war, and gains control of the Zerg to seek dominance over the galaxy. Kerrigan’s life before her infestation is further explored in the novels Uprising and Liberty’s Crusade, while Queen of Blades elaborates on her infested character.

Starcraft was first released for PC in 1998 by Blizzard. Fans had to wait twelve years for the sequel, Starcraft II: Wings of Liberty, which went on sale in July 2010. 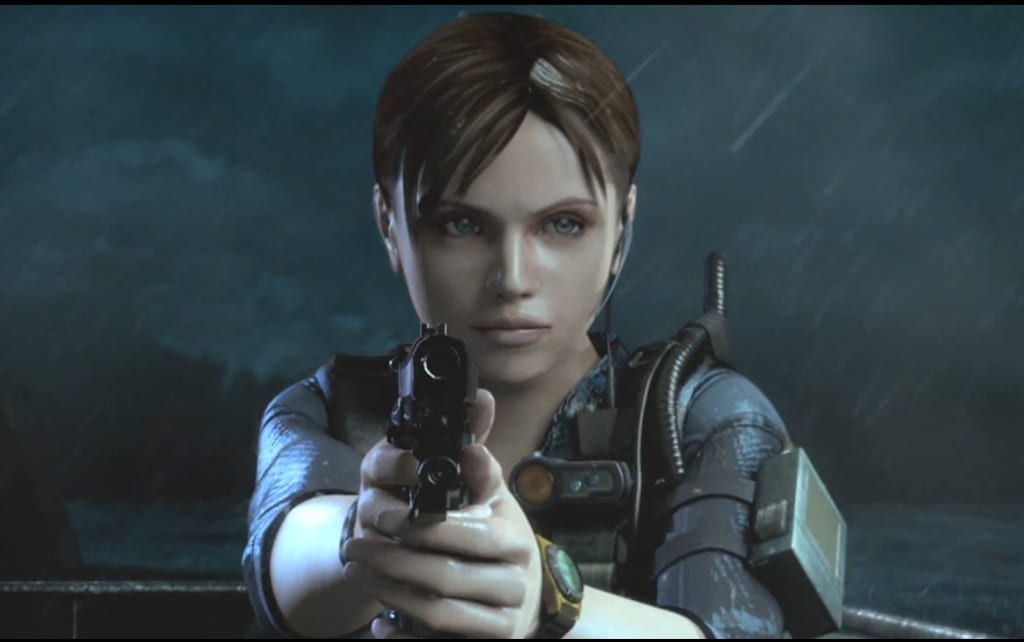 Jill Valentine is a badass gunslinger who kills zombies. First time I saw Jill Valentine blow a one’s head off was on Dreamcast in ’96 or ’97. The game totally creeped me out—the horror aesthetic, the ominous music; and it gave you something to root for: it was always the little guys against the big bad T-virus in the dark shadow of the Umbrella Corporation.

Jill Valentine became a household name in the horror genres with all the spinoffs, sequels, novelizations, live-action films and merchandise that followed the 1996 release by Capcom. Resident Evil is a whole universe now, and it all started with Jill Valentine. 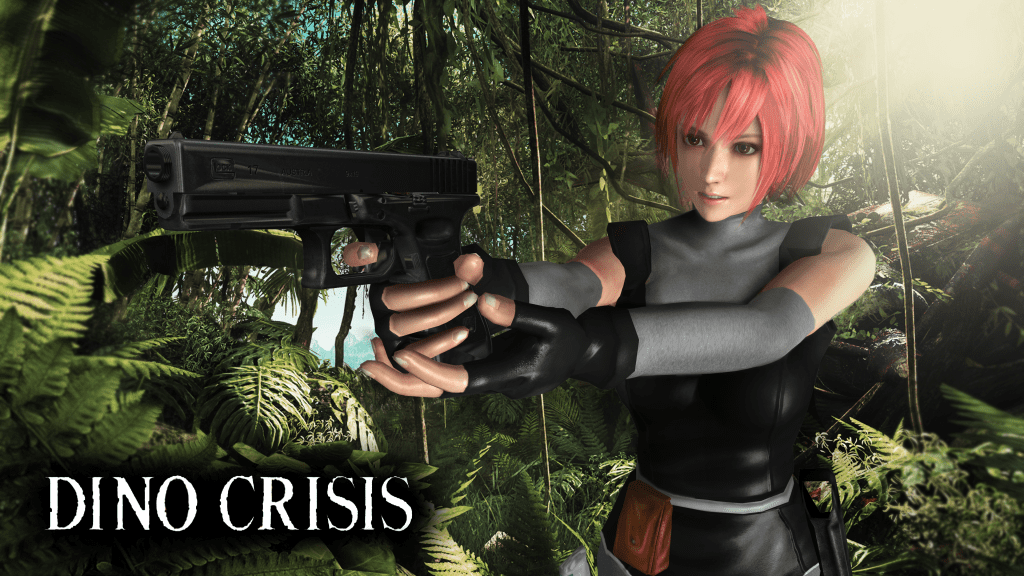 Another survival horror video game, Dino Crisis was released in 1999 for playstation, barely making the cut for our badass female video game characters from the ’90s. Releases for other consoles followed in 2010.

Surely inspired by Jurassic Park, the characters fight dinosaurs that have been brought to the island from the past through a rift in spacetime.

The game has three endings, but my favorite is when Regina blows the T-Rex up with a remote explosive and says, “End of the line for you, handsome. You’re extinct!”

If you like strong female protagonists and happen to be a reader as well as a gamer, check out my novel The Auriga Project. You can even read the first chapter on my blog! 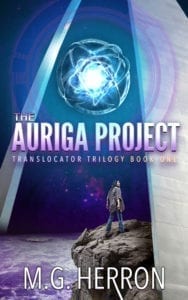