Long have I been inspired by the music of sci-fi films. Ever wondered who wrote those haunting melodies? Or where they draw their inspiration from? Today’s blog is a guest post from science fiction and fantasy author Chris Turner on the most famous music composers in science fiction.

Ever wonder where the big soundtrack artists of the most famous science fiction movies got their inspiration? Many classic and contemporary composers. Here are a few of my favorite picks.

The Mars section of The Planets evokes moods uncannily similar to the Star Wars battle scenes scored by John Williams. Particularly at 2:03 Williams and 4:20 Holst. Other areas of note are Holst: 1:00-2:00, 2:15, 5:10. Holst was a man far before his time, indeed the Pink Floyd of the turn of the century. Williams, no doubt, recognized this. Holst’s nuanced subtle variations (42:30) could have been a sequence in the swamp at Dagobah where Luke underwent his training with Yoda.

Williams has certainly created a masterpiece and his motifs are different than The Planets, ones that add a signature romantic and melodic depth, but I could not help but feel that the first five minutes of Holst’s opus could have been dubbed in on some of the space chases and battles in Star Wars. What’s your opinion?

Penderecki, regarded by some as Poland’s greatest living composer, is something of a marvel. Some of his works will also scare the pants off you. It’s almost unimaginable that he created such visceral, creepy-crawly sounds with natural instruments.

Krzysztof Penderecki (Threnody for the Victims of Hiroshima, 1960)
Spider string sounds at 1:00

The spider string sounds at 1:00 above are somewhat reminiscent of Elliot Goldenthal’s alien-sounding effects in Alien 3 at 1:35.

(Alien 3 has a magnificent score, featuring an eerie exploration into spine-tingling terror and the weird unknown. Check out the slide from 20 century fox fanfare into ‘alien’ at 0:15,

And here’s a slew of motifs used by composers in many SF/Horror/Thriller films throughout the years. Penderecki’s work was used in The Exorcist, The Shining ( Polymorphia ) and films by David Lynch and Martin Scorsese.

Davis, in his zany, thriller-rich skill-craft, mentions compositional concepts of Penderecki, in which a musical idea repeats itself in different ways, mentioning specifically that he used this technique in the cue Unable to Speak.

Other original motifs by Penderecki:

Basil Poledouris, seasoned dark-fantasy composer of moods, textures and impulses of raw percussive power, was much influenced in his early years by his exposure to Greek Choral music, which shows in his seminal work, Conan the Barbarian, with an even richer and darker tonality than his sources of inspiration:

Richard Strauss was a famous German composer of operas, symphony, solo instrumentals and prolific composer of leider (polyphonic music). A tour of his work appears here of the late Romantic and early modern eras. His works along with other romanticists found their way into fame (Strauss was on the cover of Time Magazine in 1927 and 1938). Another such tour de force and personal Romantic period favorite is the British composer Ralph Vaughan Williams (A Sea Symphony, 1903-1909).

Stanley Kubrick used the famous Strauss title track Also Sprach Zarathustra in his ground-breaking SF epic 2001, co-authored with visionary Arthur C. Clarke. Kubrick went on to direct A Clockwork Orange a few years later (1971), scored entirely to classical music themes, which received critical acclaim in later years, but on release, raised quite a bit of public outcry. This may come as some surprise to modern day viewers acclimatized to a bevy of cinematic violence since. The complete story here.

The famous motif speaks for itself. If you can’t beat them, join them…

#5 Jerry Goldsmith, Alien and Planet of the Apes

Jerry Goldsmith is a household name in the soundtrack artist world, known for his varied, impressive works, dating from the 1960s to early 2000’s. His list of film accompaniment is endless. Certainly at his melodic best, in Star Trek The Motion Picture and follow-up Trek themes over the years

(6:13-7:00 features a mixture of V’ger effects, Planet of the Apes frills, and sound bites used in the sequel, The Wrath of Khan).

Some Star Trek Trivia: the first Star Trek movie, released finally in 1979, was fraught with endless rejections of scripts over a four year period by Paramount Studios, scripts written by big names such as Ray Bradbury, Theodore Sturgeon, Harlan Ellison, Robert Silverberg, Frances Ford Cuppola, George Lucas and Robert Bloch. Some of the biggest names in the industry were involved, Michael Eisner (Paramount/Disney), Gene Roddenberry (original Star Trek series 1966-1969), and Isaac Asimov and NASA and MIT experts brought in as technical consultants in the final scripting. Certainly one of the coolest things about the original film, that tried to walk in the footsteps of 2001, was the soundtrack, and Goldsmith was quoted by a fan at a UCLA seminar in the early 90’s asking him if he composed the score knowing it was going to have to prop up virtually the entire dull static motion picture. Goldsmith just smiled and replied that sometimes the score follows the picture, and sometimes the picture follows the score.

Planet of the Apes (Jerry Goldsmith)

A final piece of trivia.

Although Goldsmith wrote an intro to the original Alien film, it was never used, much to his vexation. Sound editor, Terry Rawlings, and director, Ridley Scott, replaced it with another piece of his work, which he liked much less and scoffed at in comparison to his original pick. So, the question of the day is, which piece of music do you think works better for the film? Jerry Goldsmith’s pick, or the editor’s pick?

*Note the Penderecki-like string slides in the film version, and the Planet of the Apes echo of eeriness. 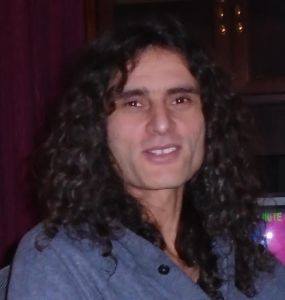