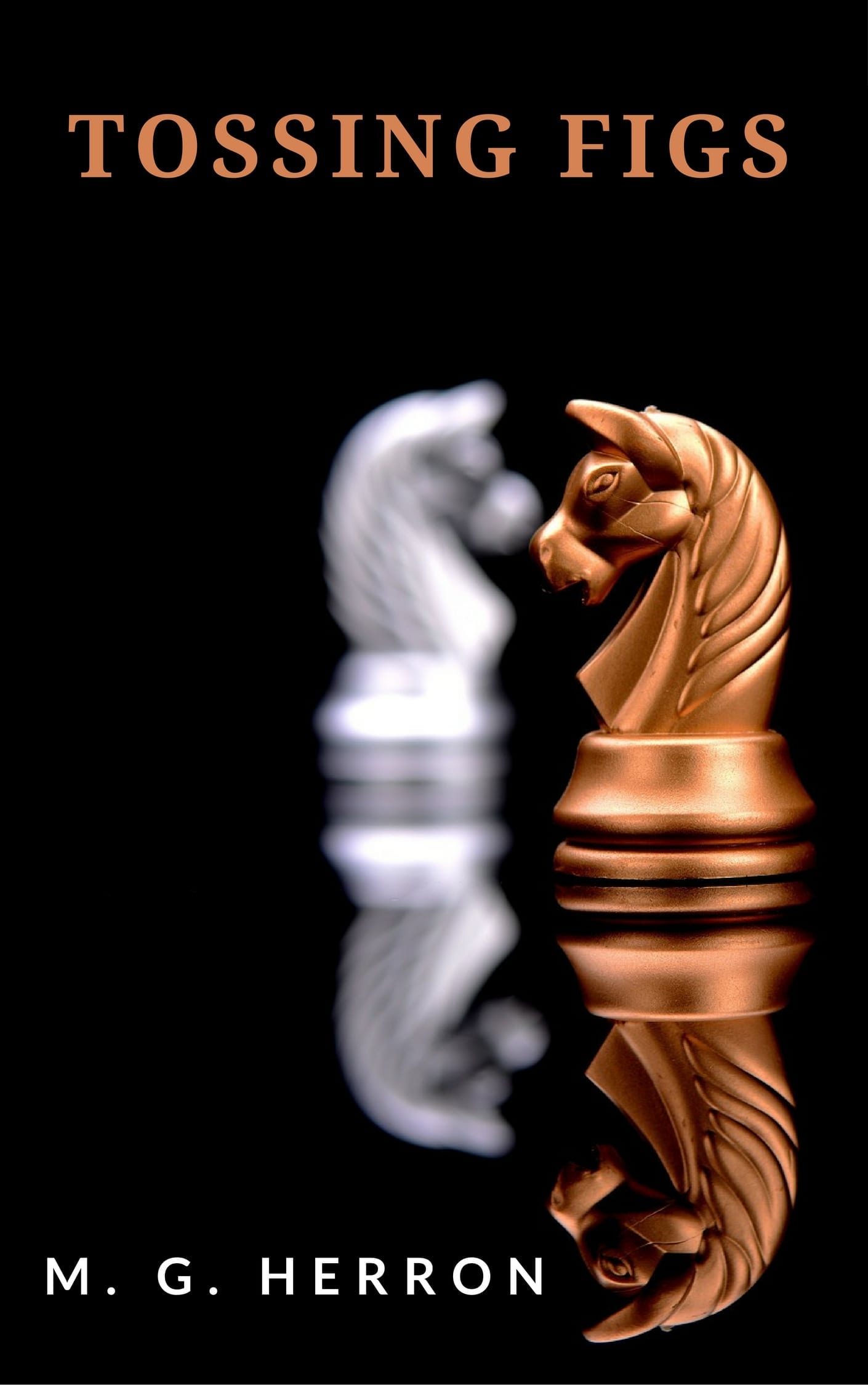 The gardener dangled his feet over the edge of the stone wall while Isabella pondered her next move. An old wooden chessboard sat on the tower wall between them. Isabella had her legs crossed and held her chin cupped in her right hand. She took her time, like she always did, placing the greatest concern on each move, and when she scrunched her eyebrows down to focus, like she was doing now, she was impervious to any distraction.

Knowing this, the old gardener was content to watch the orange sun set behind the hills as it deepened in color. The quality of his focus was different than the girl’s. His was more relaxed, appearing to a stranger almost languid. But he saw farther into the game than Isabella did. After all, she had only been playing chess for the last century or so. He had been playing since he Arrived.

Isabella reached a decision and her browline smoothed. Then, decisively,  she reached out a hand and moved her white rook forward so that it was parallel with the gardener’s king.

In a smooth motion, revealing no hesitation, the gardener took her rook with his bishop.

“No fair,” Isabella complained. “I was two moves away from beating you.”

She paused to think it over, then said, “No. I suppose not.”

“Not right now,” Isabella said. Then, pouting, she turned her body so that her feet also dangled over the side of the wall, nothing between them and the ground but empty air.

Isabella Arrived after the gardener, late in the fifteenth century. But they did not become close until recently, relatively speaking. Most of the Named spend the beginning of their time brooding over their uncanny situation, and a significant portion thereafter trying either to forget about it, or to fix it. Isabella was one of the more persistent ones in her quest for answers.

But after nearly three centuries, Isabella gave up and returned to the Alhambra. There she met the gardener, and there she had been ever since. Of the small group of Named living on the palace grounds, the gardener was the only one Isabella knew who had never left.

He reminded Isabella of her childhood tutor. The two old men had the same calm, candid demeanor, and the smile lines radiating from the corners of the gardener’s eyes were just as deep as her tutor’s had been.

On the ground below them, a man much younger than either of Isabella’s tutors lectured a group of students gathered in front of him. The kids had dropped their bookbags on the ground by their feet. Some lay on the stone ruins. Others sat drawing in the dirt. They were weary and bored, and showed no sign of interest.

“Why have you never left the palace?” Isabella asked the gardener.

“I traveled when I was younger,” he said.

“But the world has changed.”

“Don’t you want to know what else is out there?”

“To answer your questions.”

“I can find all the answers here.”

“Really? What answers?” Isabella scoffed. The gardener did not answer immediately, so Isabella rushed on, “Look at us. We’ve played chess and watched the sunset most evenings for the past five hundred years. It’s just a stupid game. Doesn’t help at all. Otherwise we eat, we sleep, we walk around. Nothing happens. Don’t you ever wonder why we’re here? Take those kids down there, for example.” Isabella pointed at the group of school children, dawdling in a state of half-attentiveness as the professor droned on. “Their lives are laughably short compared to what ours have been. They are born, they live a little, they learn to love if they’re lucky. Maybe some of them will find a passion that they can enjoy, maybe others become famous, maybe even some of them become great… but one day soon – and this is the part no one realizes – one day very very soon they will be dead. The world will forget them and move on.”

“Do you not enjoy the sunset?”

Isabella deflated. “That’s not the point.”

“Why are we here? Is it just because our names happen to be carved on that stupid Tree? Why don’t we age? What’s the point of all this? Of anything?”

At that moment, Ferdinand mounted the stairs to the top of the tower and, spotting the pair, strode through the small gang of tourists still milling about with their cameras. The tourists didn’t notice him, as they never noticed any of the Named, but they parted unconsciously for him, and where his shoulders brushed against them they felt a tiny shiver, or a prickling of the hair on their necks.

“There you are!” Ferdinand said to them. He was out of breath and spoke rapidly, almost stumbling over his words. He appeared young, like Isabella, perhaps in his mid twenties, with an easy smile, always excited about something.

“Yusuf and I made up a game,” he said. “You’ll love this, Bella.” Then he pulled a fig out of his pocket and gazed over the wall.

“Okay. See that professor down there? With the pince-nez glasses? Who wears those things these days? Anyways. Watch this. It’s hilarious.”

Ferdinand stepped back a few paces, then hurled the fig in a wide arc over his head like a cricket pitcher. The fig soared through the empty air.

Like all things the Named did, the falling fig could only affect the professor indirectly. But since it was an object from the world, it had more affect than one of them would with a personal touch. Swiping at the pince-nez with his hand, Ferdinand could have caused the professor to flinch mildly, or shiver. With the fig, and the force of the throw plus gravity, the affect was stronger. Not very much stronger, but enough.

The fig passed straight through the side of the professors head. He did not feel that. What he felt was the strong whoosh of air that followed, forcing his pince-nez off his nose, and causing him to fumble for the delicate wire frames in the air until he landed on his backside in the dirt.

“Hah!” Ferdinand yelled. “Third time today! What do you think of that?”

The class, jolted from the edge of slumber by a momentary glimpse of a falling fig that narrowly missed their professor’s head, erupted in laughter when he fell on the ground fumbling for his glasses. They, of course, thought the glasses were ridiculous.

Isabella tried to keep a straight face. She clung to her melancholy. But then her helpless lips shaped a pretty smile and she too exploded in a fit of hysterical giggles, broken by the occasional characteristic tiny snort. The three of them, Isabella and the others on top of the tower, struggled to breathe and laugh at the same time. After a full three minutes, abdominal muscles unable to bear any more strain, they collapsed against the tower wall.

“Oh man,” Ferdinand said, between breaths. “That was wonderful. What a riot. Totally worth running up all those stairs, don’t you think? Whew. I’m gonna be laughing about that for a week. I wonder if Yusuf saw it.” Ferdinand sat up. “I’m gonna go find him. Yusuf!” he said, and took off in a rush down the stairs.

Left alone with the sunset, which had all but disappeared behind the hills in a wash of crimson light, Isabella and the gardener sat for a moment in silence. Then the gardener spoke.

“I can’t answer your questions for you, Isabel,” he said. “But I can play chess. So how about another game?”

Isabella smiled, nodded, and reset the worn ivory pieces on the checkered wooden board.