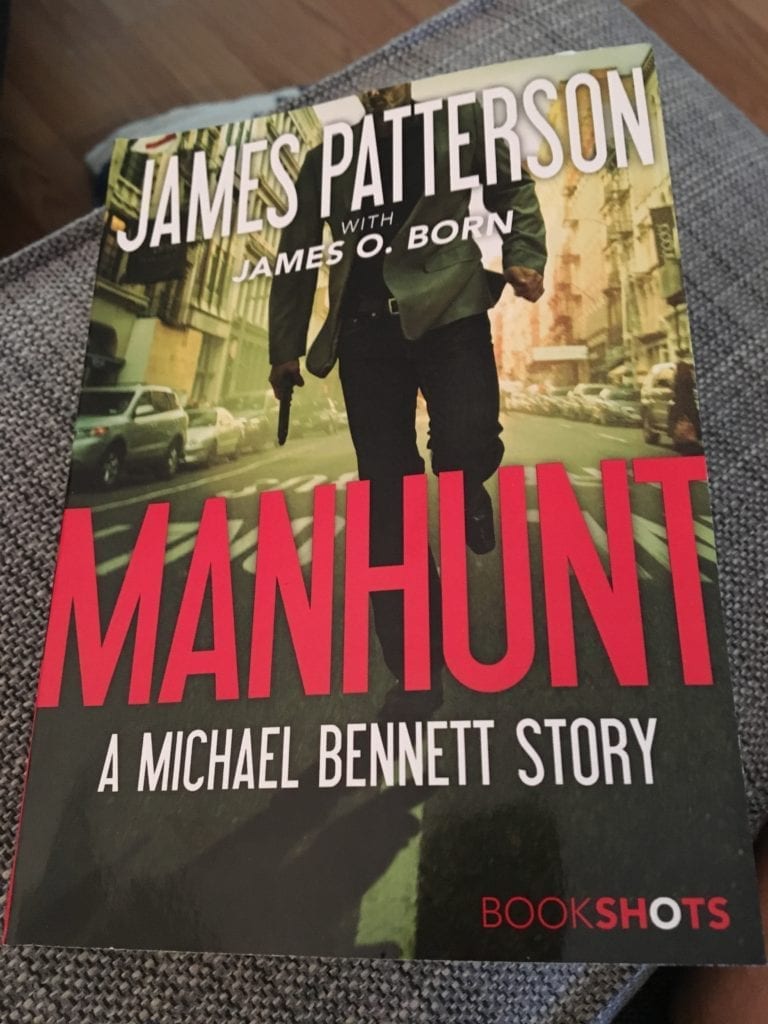 I bought a thriller novella in the grocery store checkout line today.

Well, I’d call it a novella. James Patterson and his publisher call them “BookShots.”

Now that I’ve finally had a chance to actually read one of these, I have some thoughts.

To start, I was among those chuckling under their breath when Patterson’s BookShots were first released.

I thought, Why is he renaming novellas? This is just a marketing shtick. Call it what it is.

Well, that’s true. I mean, look at the first line of his introduction, which is on the first page after you turn the cover:

You’re about to experience a revolution in reading—BookShots.

BookShots are a whole new kind of book — 100 percent story-driven, no fluff, always under $5.

I snorted a little. A revolution? Really?

You see, as an author familiar with book marketing, this is a little transparent to me. He literally just renamed novellas!

Also, a lot of authors are offering “100 percent story-driven, no fluff, always under $5” on the Kindle these days (though rarely in paper, even they have to admit).

None of this stopped me from buying the book, though. (Helped that it was 20% off) Call it professional curiosity. And the back cover copy was interesting.

This book is called Manhunt. The back cover reads…

Someone attacked the Thanksgiving Day parade directly in front of Michael Bennett and his family.
The television news called it “holiday terror”; Michael Bennett calls it personal. The hunt is on…

Followed by pull quotes from Lee Child and Michael Connelly (thriller authors of the same type as Patterson, in case you didn’t know).

I finally opened the book, and what I found was a sparse, plot-driven terrorism thriller with good hooks and an emotional punch.

Part of me is still a little irritated that Patterson is coopting short novels and renaming them as this gimmicky “BookShots” bullshit, but the other part is impressed because the story has done its job and drawn me in.

The writing is solid and fast paced, but not without depth. One sentence paragraphs are common. There’s a very clear character voice and setting.

The chapters are short, often no more than two pages. If I had to guess, 500-750 words per chapter.

But the story moves. Hook after hook after hook. It’s very plot driven (what Patterson calls story-driven, I suppose), but as I said the depth is still there. We’re deep inside Michael Bennett’s head, whether he’s worrying about his large brood of adopted children or chasing a terrorist through the street.

I’m halfway through this book so I can’t say whether I was satisfied with the ending. But I’m gonna finish it.

In spite of the transparency of the marketing ploy, I’d happily read another one of these books. At the least, I’d pick it up and read the back cover.

I hate the name “BookShots,” but they seem to be entertaining stories, if you’re into the type of thrillers James Patterson is known for. Look past the silly branding and expect to be entertained.

And, to be clear, it’s not that you couldn’t get more out of an indie book, and probably for less, especially if you buy on Kindle or Kobo.

But I don’t know many authors who can do in 2 pages what Patterson seems capable of. To move a story at the pace he does takes skill.