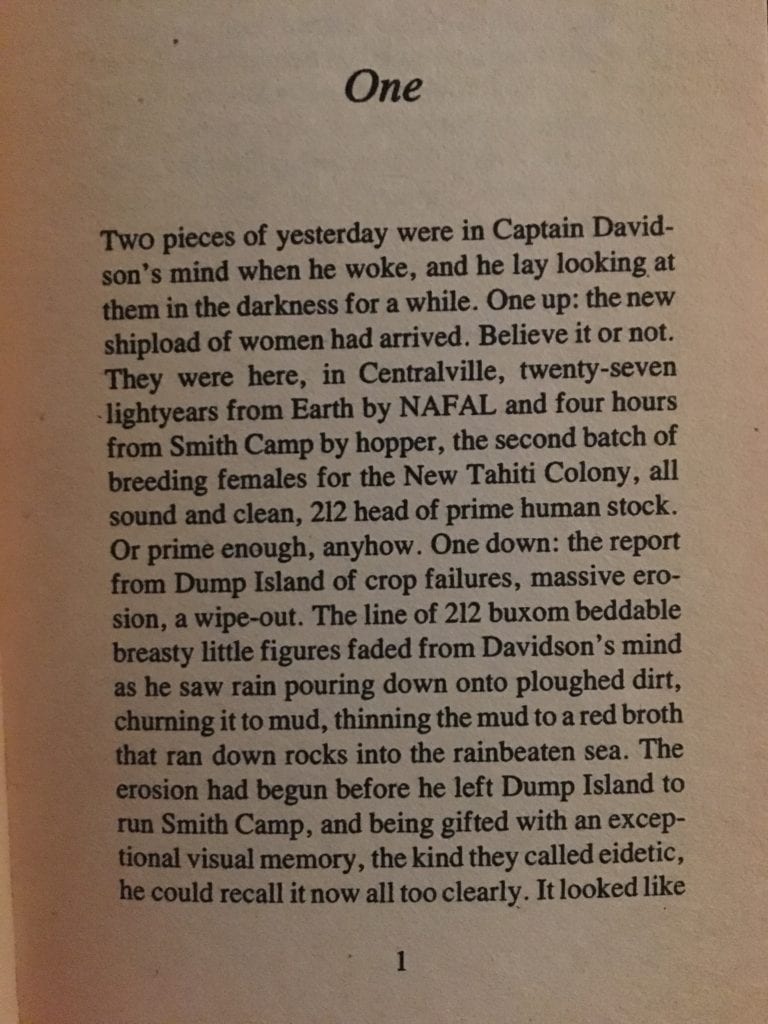 Apropos of nothing, here’s a photo of the really excellent opening page of Ursula K. Le Guin’s Hugo and Nebula Award-winning novel, The Word for World Is Forest, which I happen to have on my bookshelf.

I’ve become obsessed with studying the openings of novels I love due to a writing course I just finished, and this one truly stands out in my mind. So I went back to find it an decided you ought to check it out, too.

The reader gets a complete picture of who Captain Davidson is and what he’s all about from the first line.

“Two pieces of yesterday were in Captain Davidson’s mind when he woke, and he lay looking at them in the darkness for a while.”

Controlled, cold, but perceptive. Military, obviously in charge of…something. What?

A few lines later and most readers have realized this captain a total ass. Captain Davidson is not remotely likeable. From halfway down the page I want to punch him in his smug face, the picture is that vivid. Yet he’s irresistibly engaging, too.

“…thinning the mud to a red broth that ran down rocks into the rainbeaten sea.”

If that doesn’t let you know how this man feels about the planet on which he’s been stationed, I can’t help you.

A great opening. Deep into the character so quickly. Really makes me think. And want to reread the book, but this time I might start at the beginning of the series instead. 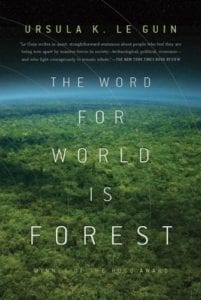