I once asked a friend, a chef who had spent years living in New Orleans, what he thought the local secret to delicious New Orlean’s style jambalaya was.

“Everyone makes it different,” he said. “That’s why it’s called JUMBLE-aya.”

I snorted and pretended to straighten a stack of plates. We were standing in the long, open kitchen of the restaurant during a quiet night. He leaned forward across the prep station to hear me.

“Okay, how about this…What’s the best jambalaya you ever had?”

“My aunt’s, probably. She’s a great cook. Makes two big pots of jambalaya for family reunions, one with Andouille sausage and another with crawdaddys.”

“Delicious.” He made a sucking sound with his fingers as if he was draining the head of a crawfish of its juices.

“Okay, but there’s gotta be a local trick, right? Special spices? Some kind of hot sauce? Like, what’s the go to? I want to know how New Orleans locals make it. I just use the stuff in a box.”

“Make yourself useful and get me some more plates.”

I don’t know whether my chef friend was being straight with me or just trying to get me out of his hair.

I’m inclined to accept that New Orleans locals love Zatarain’s as much as I do. 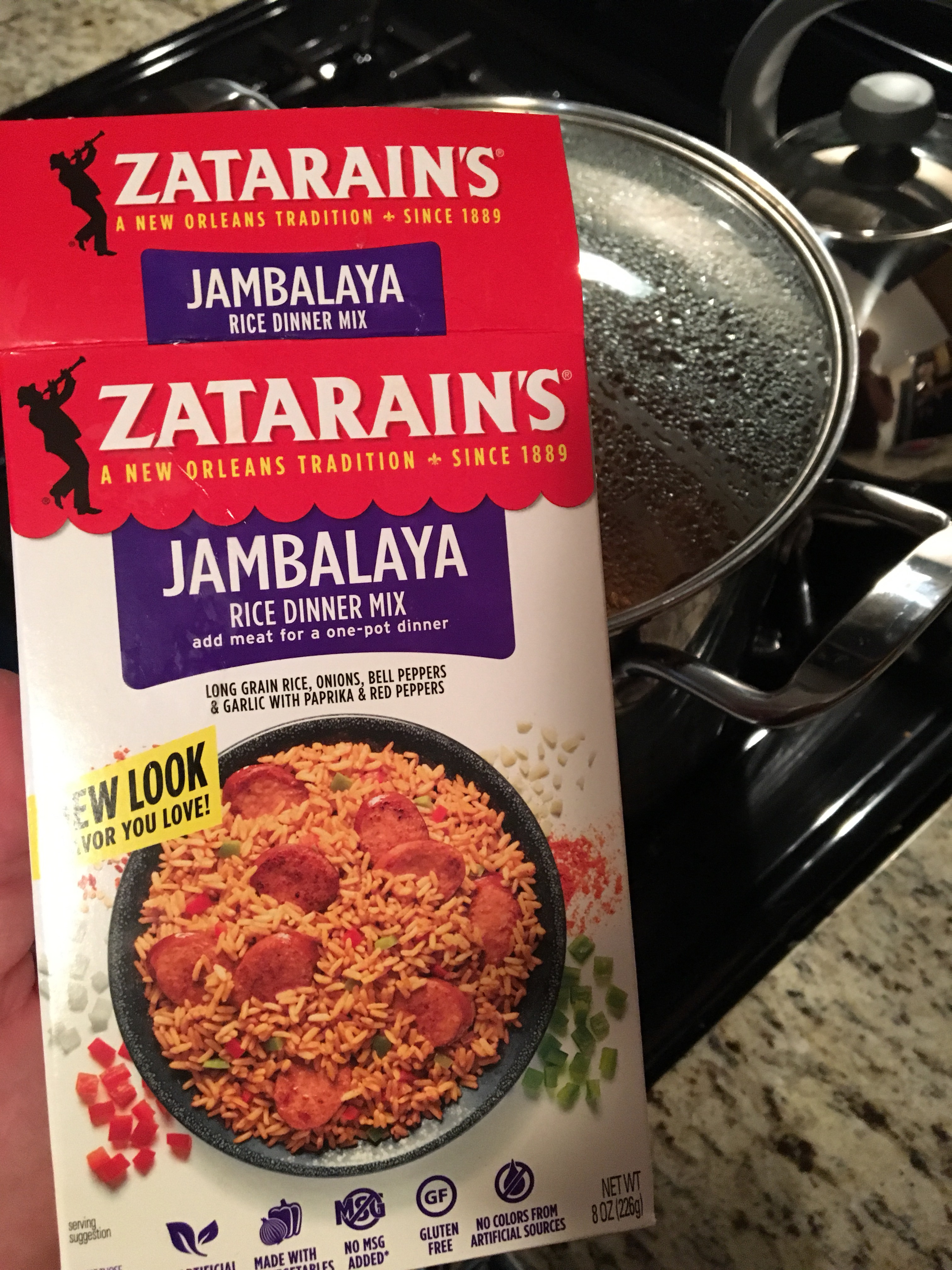 This stuff is DE-LICIOUS.

I gotta get myself down to New Orleans one day soon.