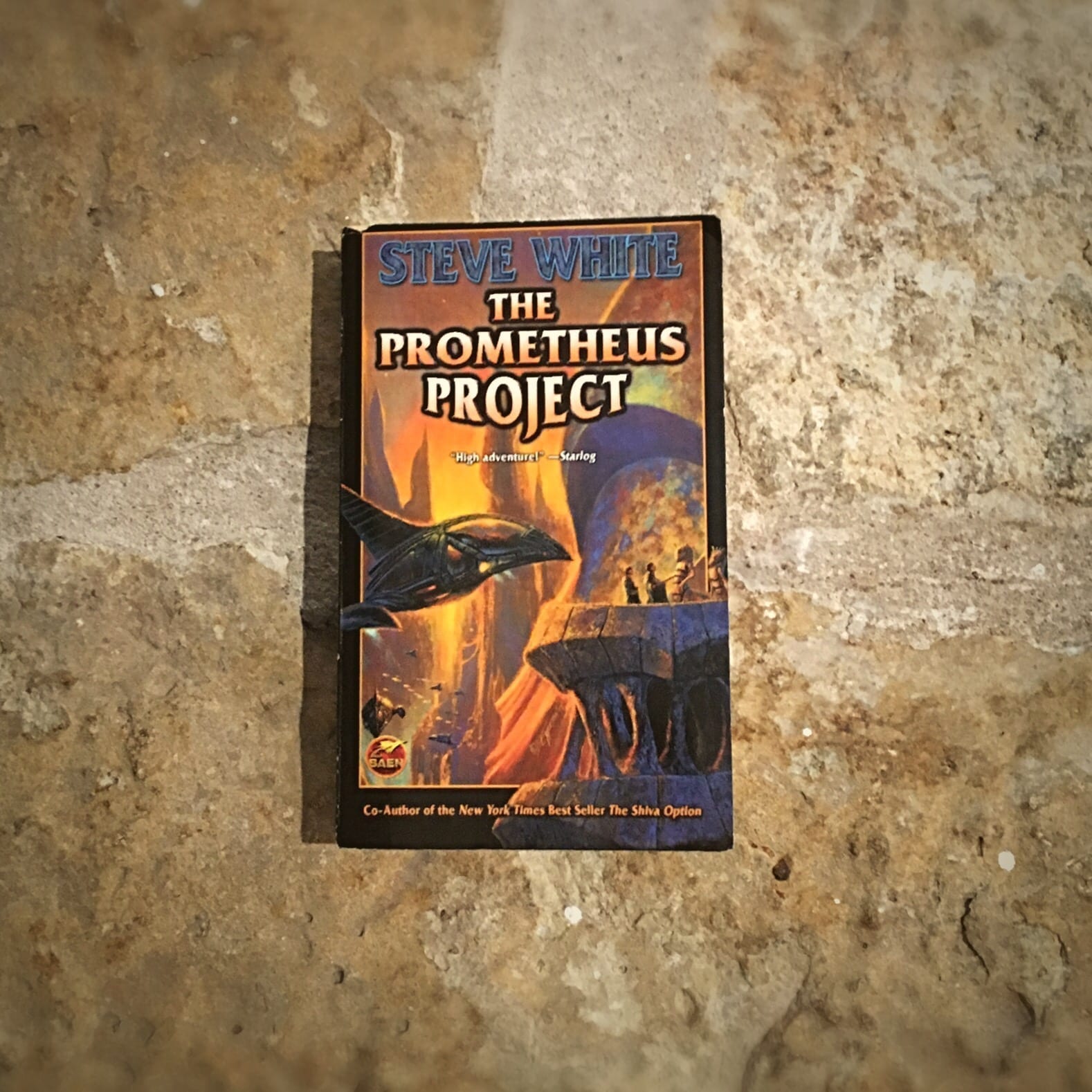 I loved the cover, so I bought it. More proof that good covers sell books. Never heard of Steve White before, just exploring sci-fi based on artwork and concepts that appeal to me.

The Prometheus Project opens with a scene where the newly elected president meets the sitting president to discuss the transfer of power. There’s a lot of smoldering enmity. After the banter, the sitting president says, there’s something you need to know…we’ve already made contact. Aliens exist. And now you must safeguard this secret.

I couldn’t help but laugh. I read this right after Trump’s uncanny inauguration, so of course it was top of mind for me — but the roles are reversed here. The democrat in this book is the newly elected president, the opposite of the most recent US election, but the roles could easily have been reversed. It gave me some perspective. Two parties are like two sides of the same coin in American politics. I couldn’t help but imagine Obama telling Trump about the aliens.

Just picture the look on his face.

Anyway, from there, the story hops back to 1963. Private security agent Bob Devaney was escorting a mysterious woman named Novak to the White House when they were ambushed by gunmen. When Novak uses an invisibility cloak to make an impossible escape, she gets ready to terminate Devaney for knowing too much—until her boss orders her to bring him into the fold instead.

Devaney is then recruited for The Prometheus Project—the white-labeled men in black. What follows is a rollicking adventure woven into a star-traversing journey. The man is valuable for his action hero abilities (so he thinks), but he’s there on the request of the mysterious and infrequently seen Mr. Inconnu.

You can tell this book was inspired by mid-century sci-fi classics, but it’s written in a modern voice I found compelling. A familiar story, but the character relationships kept it interesting and new for me. I always love to see authors invent new societies and cultures, and then put confused humans there to see how they’ll cope. My kind of fiction.

The Prometheus Project is worth the read if you like aliens and action in your sci-fi. What happens to the President-Elect at the end will make you laugh.