Episode 6 of my dangerous dystopian thriller, Tales of the Republic, came to life yesterday. It’s called Early Warning and it’s the second to last episode in the series.

First, the print cover spread for the print-on-demand version. 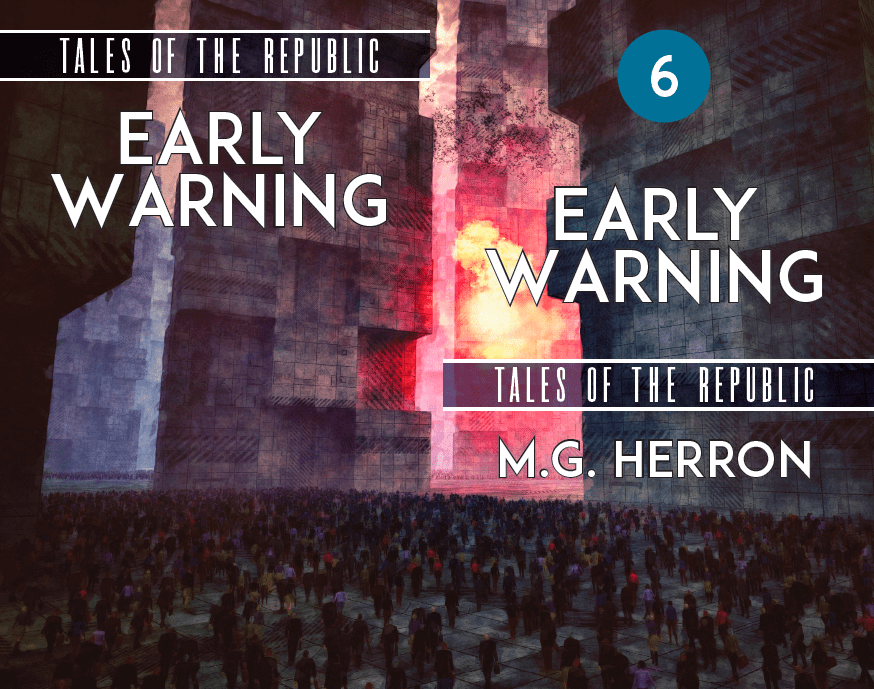 Then the opening chapter of this episode…

This is one of my favorite episodes of the series for many reasons, most of which have to do with the urchin communication network that Po recruits, and the return of Noura, as she takes on a new role and helps Po on her mission because she believes in her.

You can buy Episode 6: Early Warning on Kindle now. The print version is on its way and will be available shortly.

The final episode to complete the series will be out in a couple more weeks. It all comes together in Episode 7: Killer Cause, on May 10th. The last stand. The final battle. Who will survive? What price must be paid to save the Republic, and who will pay it?

About a month after the TOTR episodes are all out, I’ve got some fun plans for launching the complete novel that include bonus goodies like a deleted scene and some wallpapers and a chance to get a signed copy in the mail. Still trying to think of what else to give away that might be fun, maybe do a few readings on Facebook.

I’m also in the process of recruiting an army of ARC readers, people who will help me launch books by reading early and leaving honest, timely reviews. Email me or leave a comment here if that sounds interesting to you, and I’ll add you to the list personally.

I’ll be posting the good photos from my trip to Portland soon. But first I have some work to do on Translocator 2. Recently crested 40k words and I don’t want to lost that momentum.