This short story, originally released as part of a collection last fall, has been revised and re-released as a single on Amazon Kindle. Download a sample here. 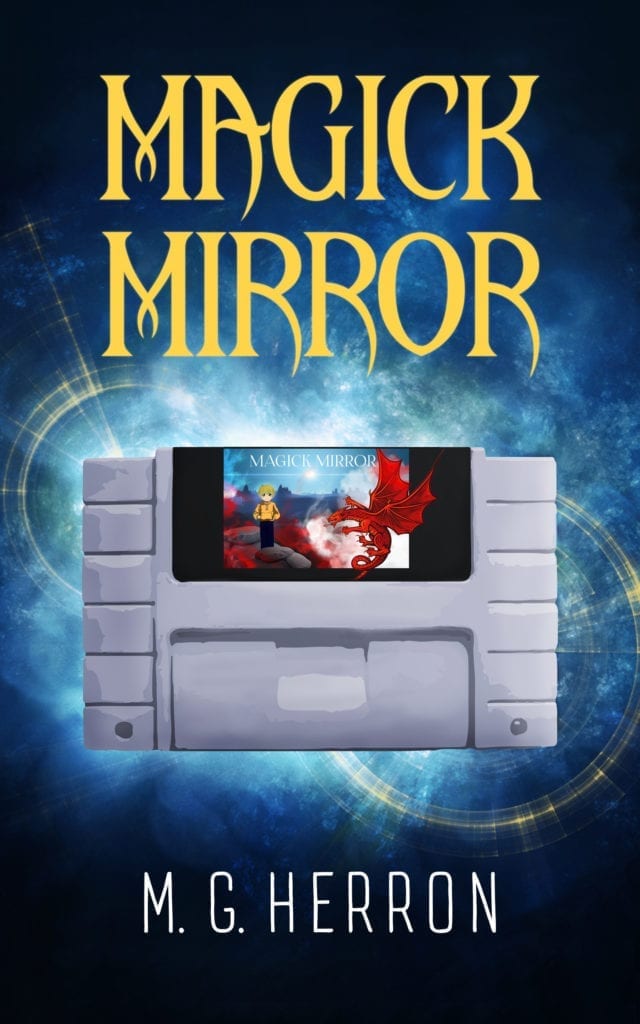 A balding wizard materializes in his basement, name drops his ex-girlfriend, and fades from existence. And then things get complicated.

Anders practically has a panic attack. Rare Super Nintendo games are not supposed to come to life!

But when he gets his breath back, the puzzle draws him in. The crystal mirror he received from the wizard continues the video game in real life. Anders drifts distractedly through the school day, keeping his eye peeled for the dragon he’s been instructed to defeat.

The crystal mirror gives him some startling insights. For instance, Nadine—his ex—appears to be the princess the game told him to save. But the jock of the week, hanging all over her? Let’s just say that people are not always as they seem.

Despite his best effort, the dragon eludes him—until there’s only one place left to look.

Magick Mirror is a humorous urban fantasy short story about a boy searching for clues in all the wrong places, and the girl he loves (but doesn’t understand).