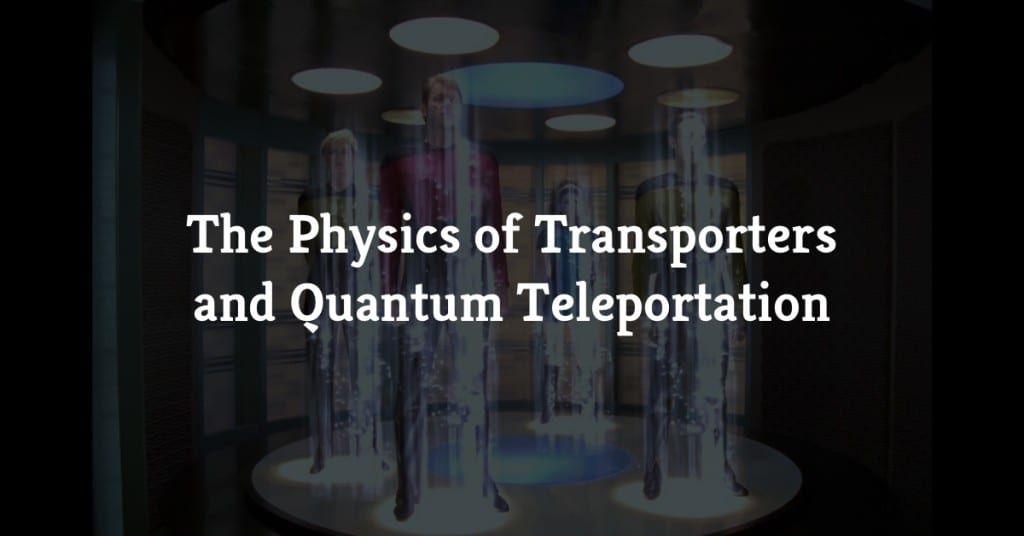 I’ve been working on Tales of the Republic intensely for the past couple weeks, but that didn’t keep me from taking a break to dig into some fun research on transporters and quantum teleportation when it came across my news feed.

If you’ve read The Auriga Project, you’ll know that the concept depends on a working transporter, or translocator, as I call it in the novel. Translocator, teleporter, matter transmitter—whatever you want to call the contraption, teleportation has been used as a science fiction trope for over a century, perhaps most famously in Star Trek. But there’s a long list of other works of fiction containing teleportation, and I’m fascinated with the science behind what was once a flight of fancy invented by scifi writers.

The Trouble with Transporters

The first clip I saw was from CPG Gray. He dissects Star Trek transporter technology in this short video:

I loved this video because he actually discusses the issue of teleportation from a scientific perspective—something that would hardly cross the minds of most viewers. Even though he’s critical, only a true fan would even bother to take the time.

Now that he points out some of the flaws, I can see how a quantum physicist might squirm when he or she watches Star Trek. It’s hard to suspend disbelief when you know how this stuff actually works…

Since quantum teleportation was discovered, scientists have even managed to teleport complex atoms: “in 2006 Eugene Polzik and his team at Denmark’s Niels Bohr Institute reported teleporting a very complex atomic system containing about 1012 atoms to a location half a meter away,” according to a 2008 Analog article by John G. Cramer.

So it seems like I have my work cut out for me when I write the sequels to The Auriga Project, since transporters play a key role in the plot. But on the bright side, there’s a lot out there to play with.