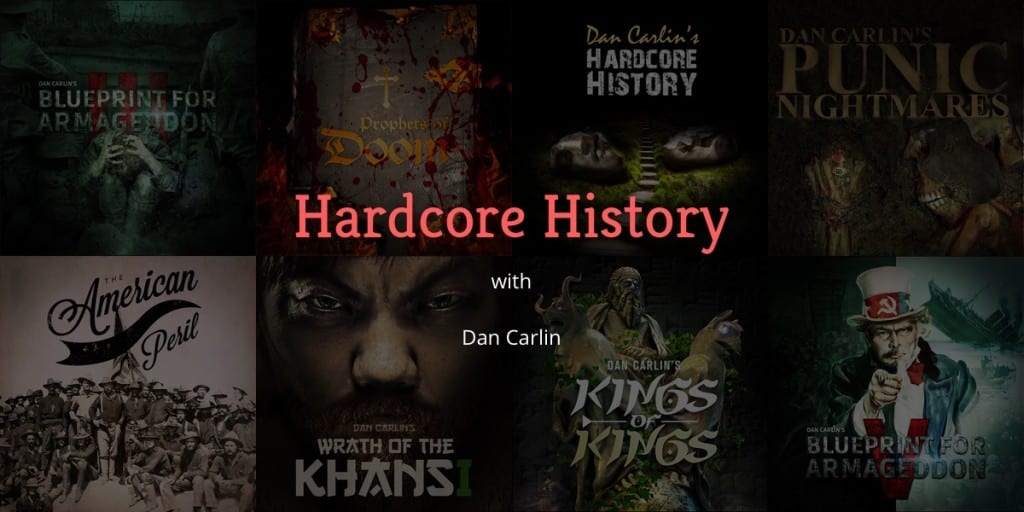 If you like podcasts and you haven’t listened to Hardcore History, you’re missing out on one of the highest quality, most entertaining shows I’ve ever discovered.

Dan Carlin’s award-winning performances will catapult you into the midst of epic battles, pivotal events, and historical drama that will forever change the way you see the world.

On my dread of history

Before I get into what’s so great about Hardcore History, I feel compelled to confess that I was the kid in school who hated history class.

I slept or ceiling-gazed my way through every history class I had to take in middle school and high school, and I still shudder at the prospect of memorizing dates—not just the dates of important battles and treaties, but dates for anything. My loathing runs deep. In college, I managed to earn a degree in English Literature without taking a single history class—which is ironic. What is reading old novels and Shakespeare plays if not a lesson in historical context?

Now that I’ve had several years to unlearn the bad habits I built up over two decades of schooling, I’m more open-minded. I truly love learning about ancient cultures and reading of new archaeological discoveries. When I travel, I visit museums and historical sites full of dusty old artifacts. I’ve been awed by the ruins at Ephesus. The Mayan pyramid and Sacred Cenote at Chichen Itza inspired the plot of my first novel.

Learn-by-rote, the method of traditional education in America, ruined what could have become a true love of history much earlier in my life. But I’m coming back around thanks to Dan Carlin’s podcast. He does history different than any teacher I’ve ever had. He doesn’t drone in a monotone voice over the sleepy hum of an overhead projector. Carlin speaks in a rapid-fire blaze that matches his passion for the subject. His descriptions of people and events are so vivid that I often forget where I am when I’m listening—I’m not walking the dog, I’m crossing the Mississippi with the Union Army. I’m following Ulysses S. Grant as he leads the way to lay siege to Vicksburg!

I learned more about the Civil War in a single episode of Hardcore History than I learned in a whole year of of high school.

Sprawling empires and historical figures are vividly detailed in Hardcore History. Carlin delivers his stories in a straight-shot rhetorical style sometimes described as “theater of the mind.” I can’t figure out what that means other than to say that he does such a good job placing the listener inside the story that you see the events playing out on a stage in your imagination.

The episodes of Hardcore History are long, between 1.5 to 4.5 hours per episode. Instead of wincing when I see the minute count, I rejoice that I can listen to that episode at the gym all week. New episodes aren’t released very often, but they last a while.

Each episode focuses on a particular event. Sometimes several episodes make up a series on a topic. “Wrath of the Khans,” a five part story about Genghis Khan’s Mongol Empire, starts with the birth of Temüjin and ends with infighting among his descendants that leads to the fracturing of his empire.

Listening to Hardcore History: #TIL that the descendants of Genghis Khan became the Yuan dynasty in China. Woa. https://t.co/O7R1aU0JS5

I heard once that Genghis Khan’s appearance on the world stage can be counted among the deadliest events in human history. “The savagery of the Mongol conqueror Genghis Khan may have culled the global population by about 11 percent,” according to a New York Times article. Adjusted for global population, this chart ranks his genocide as the number one cause of human death in history:

Carlin’s retelling of Genghis Khan’s infamous tale makes it more real for the listener than these statistics. Yes, it was bloody and brutal, but that’s not the whole story. Using a multitude of sources and his own uniquely non-partisan perspective, Carlin teaches us what little we know about the man Genghis, how the deadly people of the Eurasian Steppe waged war, and what made Genghis Khan’s empire different than the undertakings of the formidable conquerors that came before him.

It’s an incredible story, and Carlin tells it without pulling any punches.

Hardcore History, a podcast of note from a host with experience 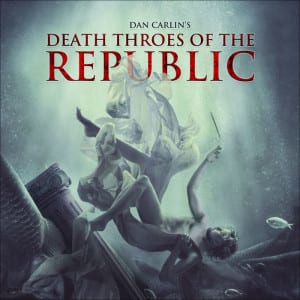 Wrath of the Khans Part I is the first episode you can currently access in the podcast feed. Earlier shows have been packaged into bundles that you can buy from his website or on iTunes.

One such bundle, Death Throes of the Republic covers the fall of the Roman Empire, a subject which has long fascinated and puzzled me. Once I get through the episodes available in the podcast feed, Death Throes is at the top of my to-listen list.

Hardcore History “was nominated in 2012 for a Stitcher Award in the Best Educational & Learning Podcast category.” (Wikipedia) Two years later, they won an award for Best Classic Podcast in iTunes’ Best of 2014 awards.

Dan Carlin has been podcasting since 2005. For ten years before that, he worked as a radio host with a bent toward political commentary. The other independent podcast he produces, Common Sense, covers modern politics and was also nominated for awards.

If someone had introduced me to a show like Hardcore History in my formative years, I could have avoided years of bad reactions to the word “history.” I’m slowly unlearning those reactions as I dig deeper into Carlin’s show.

The most amazing thing about history taught well is how it can shift your perspective and give you insight into the present moment.

America still struggles with the schizophrenic split between the revolutionary mythology that birthed the country, and the imperial aspirations it grew into during the Spanish-American War.

A game of “telephone” today can be as dangerous as it was during the 12th century when Europeans may have mistaken Genghis Khan for a Nestorian Christian king named Prester John. In fact, there was more blood than benevolence involved in the expansion of the Mongol empire, and people living now are no better at divining the intentions of those in power from afar.

Hardcore History is the way history class is supposed to be taught. Give it a listen, and share what you learned with me in the comments below.