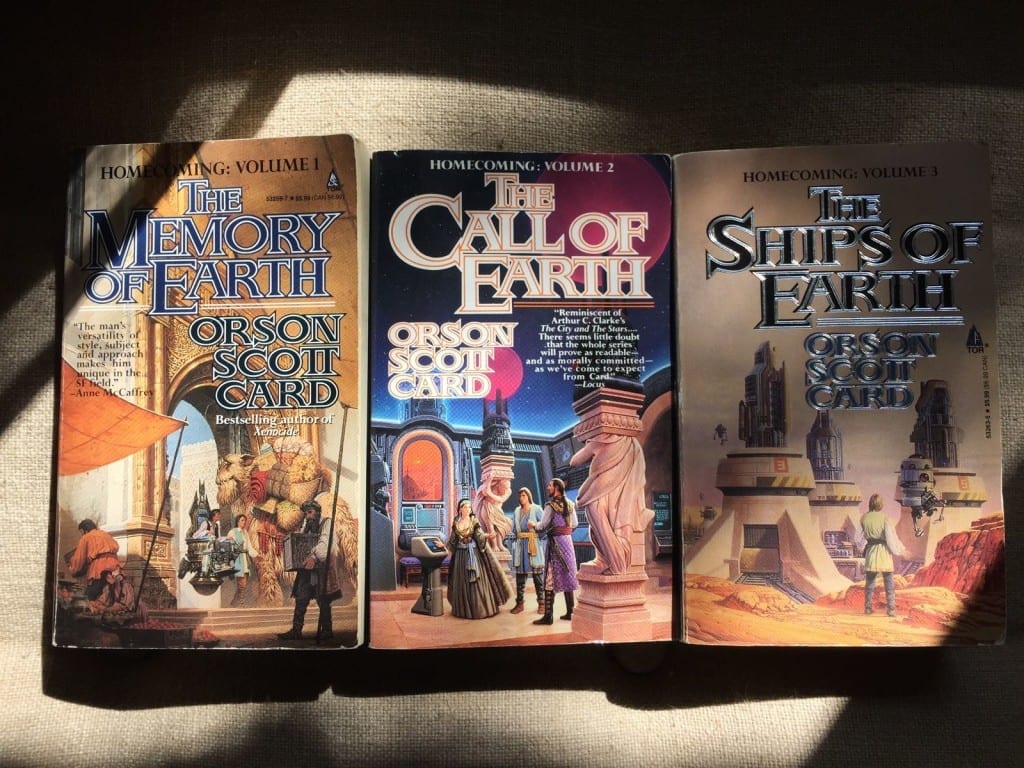 I’m giving away my personal copies of first three books in Orson Scott Card’s Homecoming Saga in celebration of the release of my upcoming novel. Go here to enter for a chance to win!

While I was editing my novel, The Auriga Project, this summer, I started researching and reading (in many cases, re-reading) science fiction series’ by other authors so that I could study up on the tricks of the trade, and see how I might emulate their success.

Also, because I am a sucker for a good series.

That’s when I found the Homecoming Saga by Orson Scott Card. I was already familiar with some of Card’s other, more famous books, like the Ender’s Game series. But I’d never heard of this one. I dug right in. 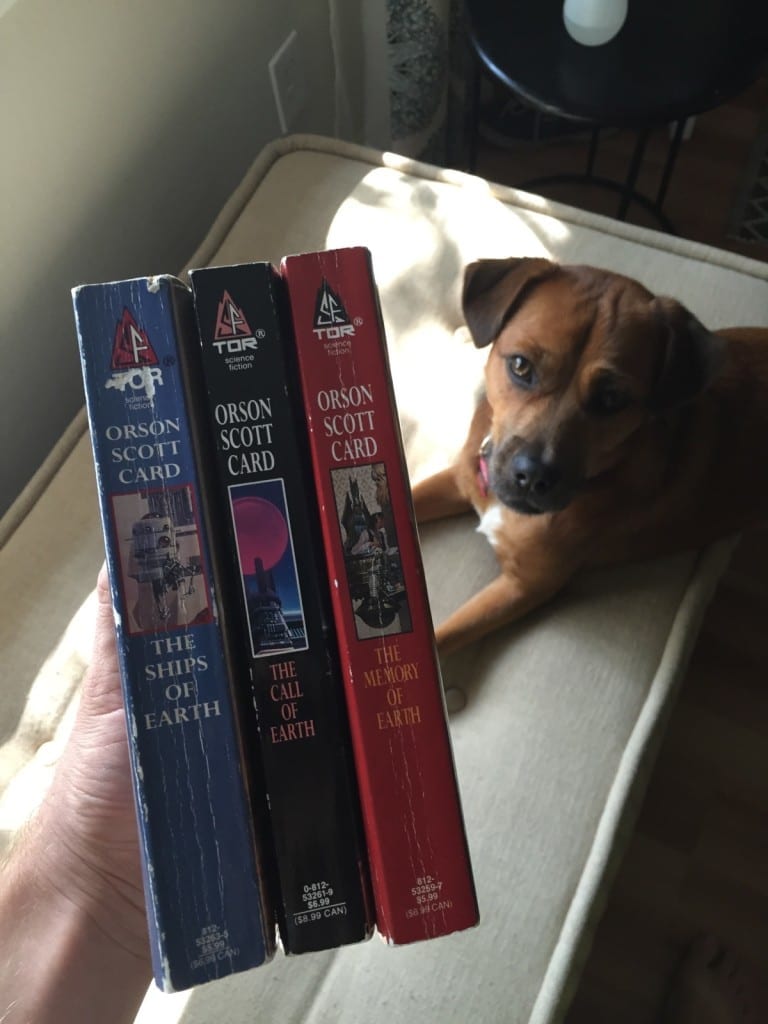 During my childhood, I tore through many scifi and fantasy series: Dragonlance, The Belgariad, The Chronicles of Narnia, The Lord of the Rings, The Sword of Truth, the Foundation Series, among others. I took journeys with the heroic characters and got lost in epic storylines set in alternate worlds and parallel universes. So it was no surprise to me when The Auriga Project came into my mind as the first book in a trilogy. I’d been reading series for so long that this end result seemed natural. After all, my goal is to write what I love.

But reading them doesn’t mean I know how to write them, so I plunged into the Homecoming Saga with an eye peeled for believable character development, surprising plot twists, and—most importantly—the unfolding of a series arc.

What I saw inspired me. Card’s characterization of Nafai, the protagonist, throughout the first three books is absolutely masterful. Most of the time I didn’t like the kid, and yet I couldn’t help but empathize with his struggle for his older brother’s respect and approval, and his stunning inability to keep his mouth shut.

What was more inspiring, however, was to see how Nafai changed through the course of not just the first book, but through the first three books. Comparing Nafai, the man, at the end of The Ships of Earth to the Nafai, the boy, at the beginning of The Memory of Earth is a study in characterization the likes of which I’d never experienced—not consciously, as a writer, with an eye toward craft.

The impression was made more stunning by Card’s ability to infuse moral dilemmas into his work, and I realized that that’s why I like his work so much. The dilemmas are very real, very dangerous, and very human.

To celebrate the release of my upcoming novel, I’m giving away the books that helped and taught me while I was working on my own novel. I enjoyed them as an escape, and as a source of inspiration, and I hope whoever wins these books will, too.

The contest is open until September 10th at 12:00pm CST. Go here to enter your email address for a chance to win!