I’ve been on a DC Comics binge this week. After I caught up on Gotham, I watched the first four episodes of The Flash.

For those that don’t know, this isn’t The CW’s first DC Comics adaptation. I was afraid, when I saw the listings in Hulu, that I was going to encounter another disappointing execution like Arrow (funny because both shows seem to have the same core team). Though I’ve heard Arrow’s gotten better, I was never able to overcome my initial disinclination.

But The Flash didn’t disappoint. The acting is more natural, the story clever (though often predictable). The humor is authentic, too. The Flash manages to work in classic comic book tropes, like absurd hero and villain names, with humor that stay true to the genre without making me grind my teeth.

In the latest episode I was glad to see “The Flash‘s version of Leonard Snart, a.k.a. Captain Cold (Wentworth Miller)” as the new (potentially) long-standing villain (thanks tv.com). First of all, I’ve liked Wentworth Miller since his star role in Prison Break. As for the villain in the story, though, it was great that he got away at the end, because while there’s something weird going on with Dr. Harrison Wells, Barry Allen needs a long-term foil if he’s going to develop into a complex, nuanced character we can grow to love. Right now, he is missing something to drive him beyond the novelty of his condition, a real purpose for his new identity as The Flash.

I am also a fan of the competing romances Allen experiences here, as he’s split between Iris and Felicity Smoak. The added complexity Allen has to face when he is split between two women brings the story into fresher territory. Fawning obsessively over a single woman that he can’t have is a common affliction for superheroes (see Superman and Lois Lane), and frankly one I’m a little tired of. Hopefully Felicity turns up again soon.

My Tow Cents on Superhero TV Shows in General

The truth is, while I do enjoy these adaptations, what I really want to see is something completely outside the box right now. Give me a new superhero I haven’t ever heard of before, something that hasn’t been done. Cable television’s compulsion towards well-known figures is based purely on business logic, and I get that. The CW landed a big fish with The Flash.

But wouldn’t it be really refreshing to meet a new type of hero, one that hadn’t already lived multiple past lives? What about an action adventure series that didn’t rely so heavily on the benign rhythm of police procedural?

More Info on The Flash

The Flash premiered on The CW October 7, 2014. It airs om Tuesdays at 7/8c and stars Grant Gustin. 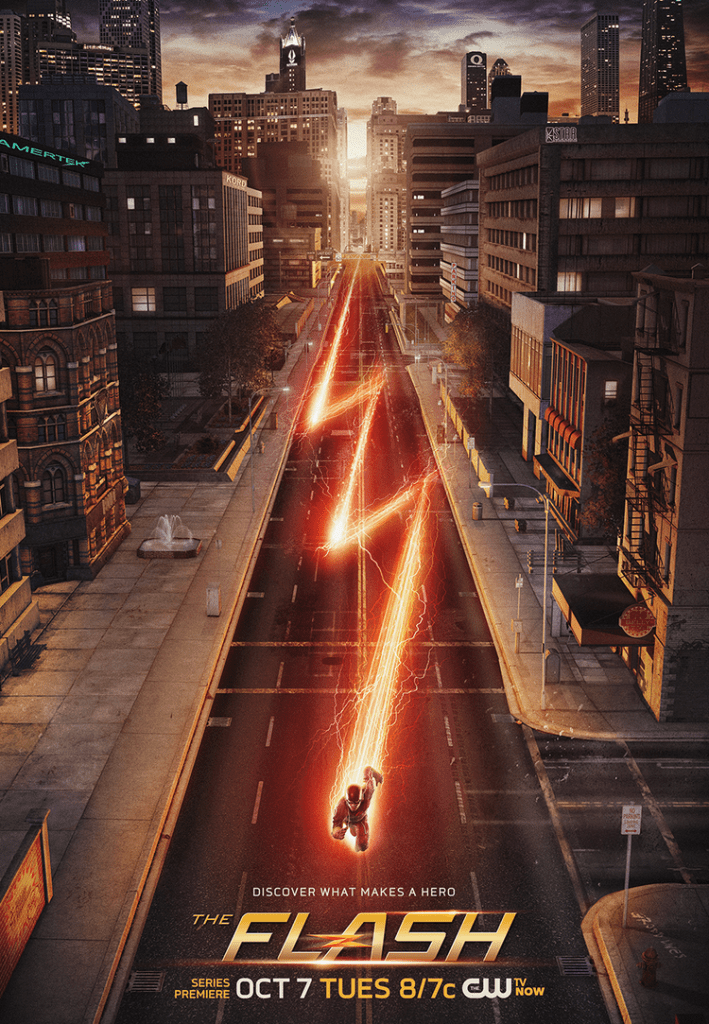